The Tomb Kings get their Bone Giants in Total War: Warhammer 2 today

Home / The Tomb Kings get their Bone Giants in Total War: Warhammer 2 today
?>

The Bone Giant (known in the eighth edition of the Warhammer tabletop game as a Necrolith Colossus, but that’s not important right now) is now live in Total War: Warhammer II.

It is the only unit from the Tomb Kings’ tabletop roster that didn’t make it into the game back in January, but that wrong has now been righted. The sudden addition will doubtless kindle hope in the hearts of Beastmen players, who are still missing such units as Jabberslythes, Ghorgons, and Doombulls.

For more worlds to conquer, empires to despoil, and pylons to build, check out our list of the best strategy games on PC.

Bone Giants should be available in the game now, alongside its Resurgent patch and the new Queen and the Crone DLC. This new content does a great job of filling in other holes in certain army rosters: the DLC adds Sisters of Slaughter, Supreme Sorceresses, and Doomfire Warlocks for the Dark Elves; Sisters of Avelorn, Handmaidens, and Shadow Warriors for the High Elves; and new Legendary Lords and Regiments of Renown for both.

If you’re wondering what else is new in Total War: Warhammer II, how much of it is free, or just what we thought of our time playing it all, check out our Queen and the Crone DLC impressions. 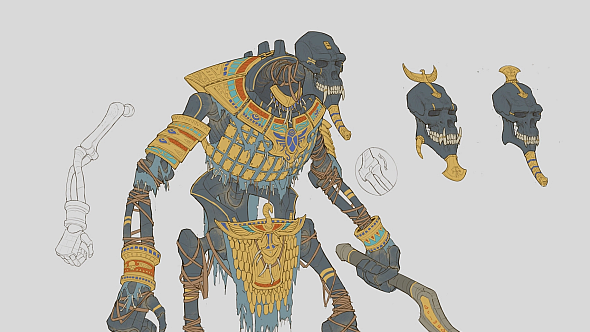