Home / Star Wars Rogue Squadron is getting a fan remake in Unreal 4
?>

Classic Star Wars shooter Rogue Squadron is getting an Unreal Engine 4-powered makeover thanks to a group of fans lead by YouTube user Thanaclara. The project’s still not ready for release but the team already have a few levels playable, and they even plan on making new ships and levels for the game.

Check out Rogue Squadron and more on our list of the best Star Wars games on PC!

DSOGaming spoke with Thanaclara about the remake. According to him the game’s been in development for “a couple of years so far”, and regarding when it might come out, “certainly less than a couple more years I would hope”. The team are focusing on the campaign and bonus missions, with multiplayer and co-op “one bridge we’ll cross when we get to it”. 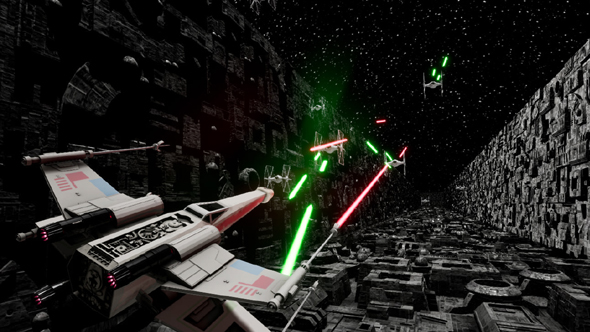