It may only be the second-biggest anime with “academia” in the title, but Little Witch Academia is still an adorable favourite – and with good reason. The videogame adaptation Little Witch Academia: Chamber of Time is set to launch in May, and publishers Bandai Namco have today taken the lid off of the game’s online multiplayer features.

Perhaps you’d be interested in the best anime games on PC?

You can jump into an infinite dungeon with your friends for cooperative battles with up to three players. Deeper layers of the dungeon uncover further waves in an onslaught of enemies as well as greater rewards and valuable treasure.

The more competitive-minded among you can also get into two-player online battles, with each combatant choosing a team of three and battle it out according to a variety of victory parameters. 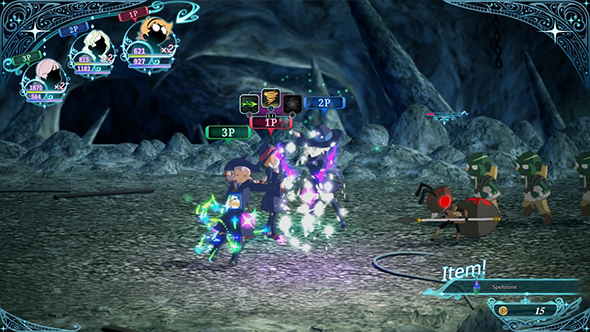