Eador: Masters of the Broken World is the challenge Heroes of Might & Magic fans have been waiting for

Home / Eador: Masters of the Broken World is the challenge Heroes of Might & Magic fans have been waiting for
?>

Maybe you noticed that it was going for free for a whole week in April, and maybe you decided to give it a whirl. And then you loaded Eador: Masters of the Broken World up and found an unfathomably complex turn-based strategy/4X hybrid, each management screen more difficult than the last, that made no bones about killing you immediately after the first wave of tutorial tips. Well, so did I. But don’t worry – together we can beat this.

We’ve mapped the stars of 4X to bring you the very best of the genre.

If you’ve put in the hours with Heroes of Might & Magic in its many forms, there’s actually a lot less to learn about Eador than it would appear. You control a Hero on the world map who can be levelled up and equipped with new gear, and most importantly can recruit armies to fight alongside them. This basic principle, along with the side-on hex grid of the turn-based combat itself, works just like Heroes. You go in with a bigger and better army, you generally prevail by virtue of numerical advantage. 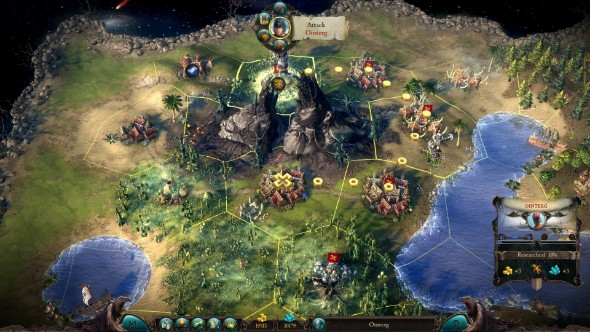