While the battle for 9-4RP2 may not have become the $1 million grudge match that we hoping for, it doesn’t mean that it’s not still on the cards. Yesterday’s skirmish showed what’s at stake: two of Eve’s largest alliances fielded a collective force of more than 6,000 pilots. The largest ever deployment of forces in Eve’s history.

CCP’s community managers Sveinn ‘CCP Guard’ Kjarval and Paul ‘CCP Falcon’ Elsy explained to us how The Imperium’s assault last night worked but also how they might be able to succeed if they try again.

There wasn’t much chance of The Imperium beating the Moneybadger keepstar.

Last night’s battle had a lot of troops in the field but they weren’t actually all that close to one another. The attacking Imperium used ranged tactics to try and keep troop losses down.

“The Imperium had a couple of fortizars anchored a couple of thousand kilometers away from the target keepstar,” Elsy explains. “What they were doing was using these two fortizars, which are smaller versions of a keepstar, as cover.” 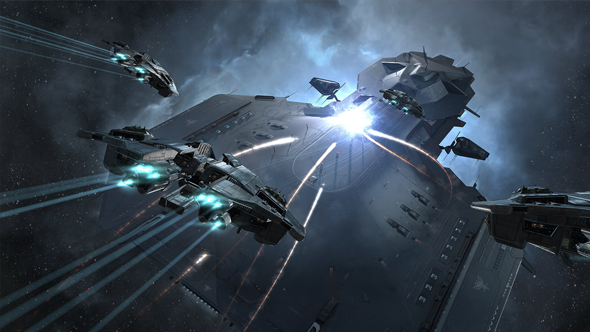