Back when AMD’s Ryzen first launched there was a fervour within the PC building community that I, or anyone else cuckoo for computer parts, hadn’t seen in a very long time. AMD are back – and they are competitive. Not to take away from their accomplishment with this stellar return to form, but the big question everybody wanted to know was: does AMD’s Ryzen match Intel’s top Core processors?

Want to see how AMD’s Ryzen currently stacks up against the competition? Here are the best CPUs for gaming.

The answer was, sadly, a fairly resounding no. That didn’t mean these chips weren’t capable of something spectacular – they had multitasking chops for days, you could overclock them for tier-jumping performance, and they were cheap to boot. The crown of best gaming performance, however, was still resolutely on Intel’s head – thanks to their leading single core performance. 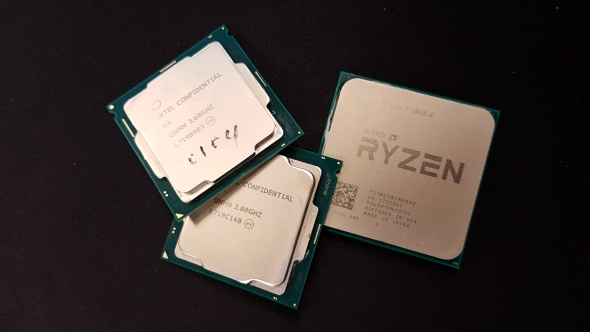